The Crown Prince is counting on Trump's support, western silence and world governments turning a blind eye – and when that doesn’t work he tries to bully countries into submission

When Crown Prince Mohammed bin Salman (MBS) came to power in 2015 he promised to modernise the Saudi kingdom with his “Vision 2030”. He opened cinemas, and allowed women to drive and attend sports events. Seeing this, several western media figures became his cheerleaders, believing him to be the long-awaited liberal reformer who would transform the country for the better.

They didn’t count on him jailing every women’s rights activist he could lay his hands on.

He may have implemented some changes, but he has also silenced the very people who advocated for women’s rights for years. In fact, MBS has not modernised the country but transformed the Saudi regime into a more centralised and autocratic, absolute monarchy than ever before, marginalising and jailing anyone who tries to have their say about their society. He may have allowed women to drive, but he has refused their calls to end the male guardianship system, hold free elections, release prisoners of conscience and allow civil society to operate.

As soon as MBS came to power he arrested thousands of political, social and human rights activists, Islamic scholars and even poets and singers. Salman Al-Odah, a popular and moderate Islamic scholar, was arrested for remaining silent rather than taking a public pro-Riyadh stance against Qatar. Safar al-Hawali, a traditionally-trained Salafi scholar, was arrested for publishing a book criticising MBS’s visit to the US this year and calling for wider public representation.

But worst of all is the detention of so many Saudi women activists.

MBS has arrested the very activists who campaigned for an end to the ban on women driving, for which he himself insists on taking personal credit. Aziza al-Yousef, a retired lecturer and a leading campaigner for women’s right to drive, was arrested in May, harassed and interrogated. Loujain Alhathloul, who famously attempted in 2014 to drive into Saudi Arabia across the border from the UAE, was also arrested in May, along with several others. They have yet to face trial; bringing detainees promptly to trial is another “reform” MBS has so far resisted.

The latest in his crackdown on women is the detention of human rights defenders Nassima al-Sadah, Amal al-Harbi and Samar Badawi. Nassima al-Sadah is a human rights instructor who has campaigned for women to vote and stand as candidates in municipal elections. Amal al-Harbi is the wife of Fowzan Al-Harbi, one of the founders of the iconic Saudi Civil and Political Rights Association. Samar Badawi received a US State Department International Women of Courage award in 2012 and the international Hrant Dink award in 2015 for being a leading voice for advocating for women’s rights and raising awareness about human rights violations in her country; she was subsequently barred from travelling abroad and has now been arrested again – the third time in recent years.

Samar Badawi’s arrest on 30 July led the Canadian foreign ministry to express concern at what was happening and call for her release. The response of the Saudi authorities was unexpected – they expelled the Canadian ambassador in Riyadh, froze all new trade and investment with Canada and announced that they were recalling 16,000 Saudi students from Canada in the midst of their studies. Why such an over the top reaction? 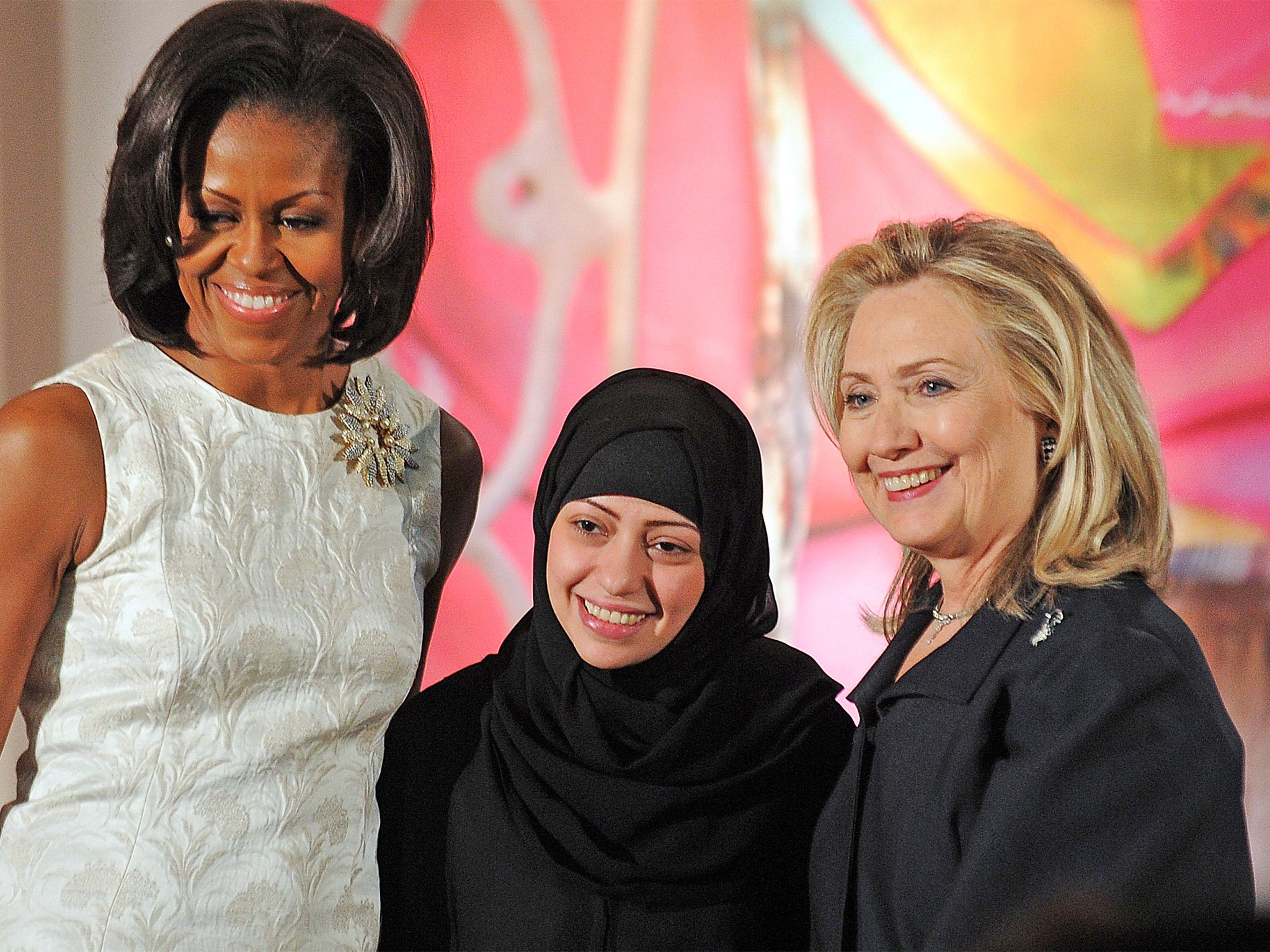 For decades, Saudi Arabia has been one of the world’s largest purchasers of arms, maintaining a flow of tens of billions of dollars to western countries including the UK, US, Canada and Germany. They expect this money to buy silence: we’ll pay for arms we don’t need, and in exchange you’ll keep your mouths shut about our human rights violations. Whether it’s bombing Yemen or jailing women’s rights campaigners, MBS is counting on Trump’s support, Western silence and world governments turning a blind eye.

And when that doesn’t work, he tries to bully countries into submission. That’s what he did to Sweden in 2015 and Germany earlier this year – and now it’s Canada’s turn to feel his wrath, merely for voicing a legitimate concern.

Sadly, the only place where the diversity of Saudi society is fairly represented is in its prisons. Any serious reform programme must include setting up an elected consultative body, releasing all political activists and prisoners of conscience, allowing civic society groups as well as unions to be established, providing mechanisms of accountability and separation of powers, and protecting freedoms of assembly, movement and expression.

For their part, western countries must end their selective outrage and stop supporting the Saudi dictatorship. The Saudi people and their liberties are more precious than oil or the weapons trade.