"There is no way I'm wearing a fascinator with my niqab."

Each year, over 30,000 people are invited to The Queen's Garden Tea Party at The Buckingham Palace to meet royalty, have a stroll around the palace grounds and sip tea.

It's a way to recognise and reward those who have made positive contributions to the community. 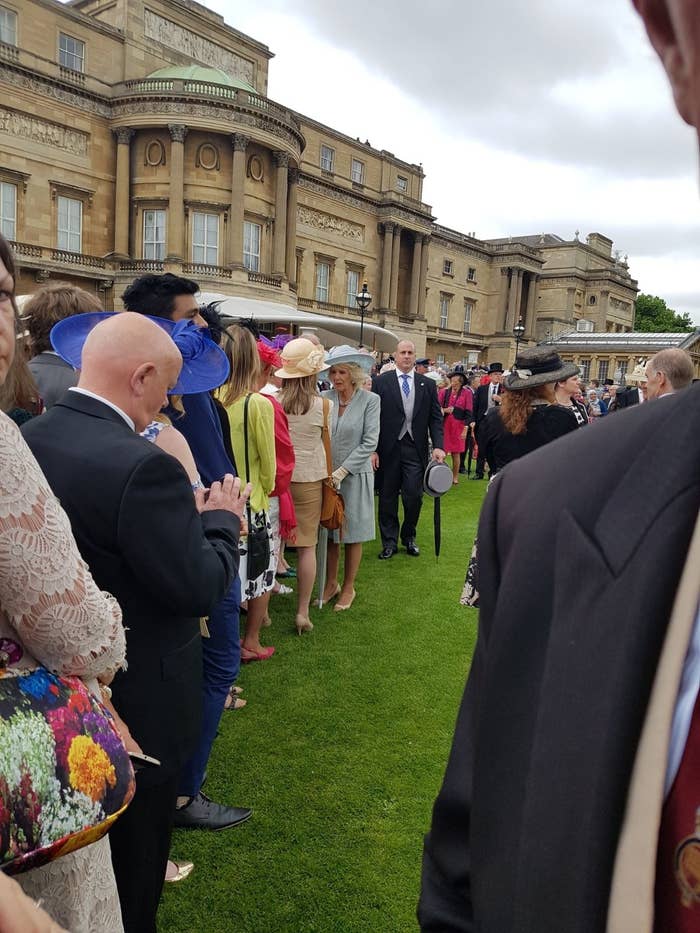 Typically, the dress code is formal daytime wear but national dress and uniforms are also worn. 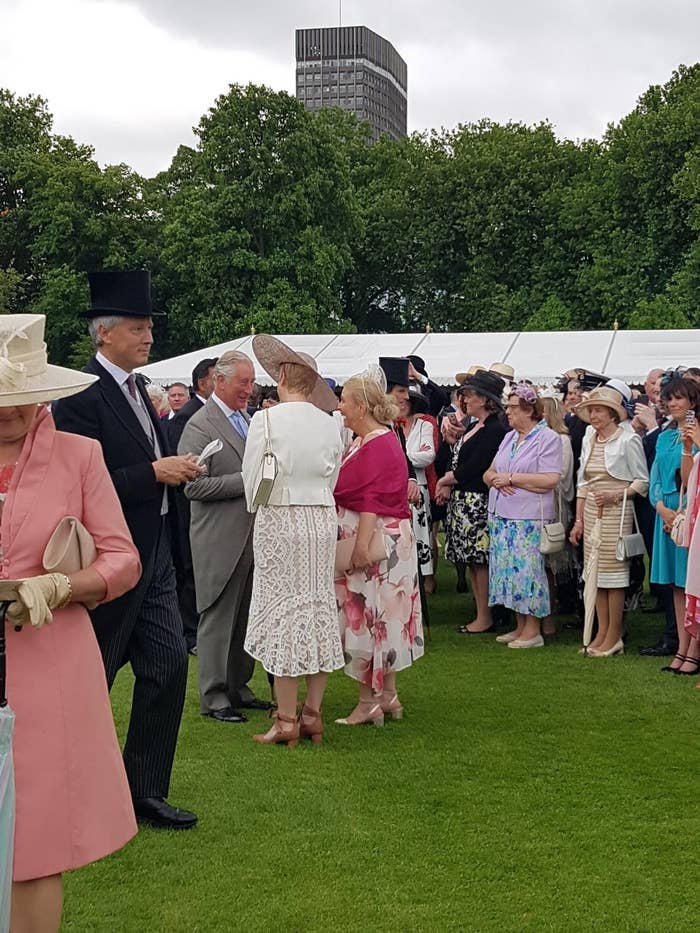 So, one evening (let me point out this was literally less than a week before the party), this message appeared on the group chat. It turns out that a very low-maintenance close friend and mentor of mine was panicking about what to wear.

The task: An affordable, fully-modest, formal but not flashy, preferably pastel, black niqab complimenting outfit. Purchased, fitted and styled in one day.

I hit the high streets and scanned far and wide from Primark to Karen Millen and John Lewis to New Look. SO many garments were either too short, too see-through or too pricey

However, 15 shops and a couple of changing rooms later... 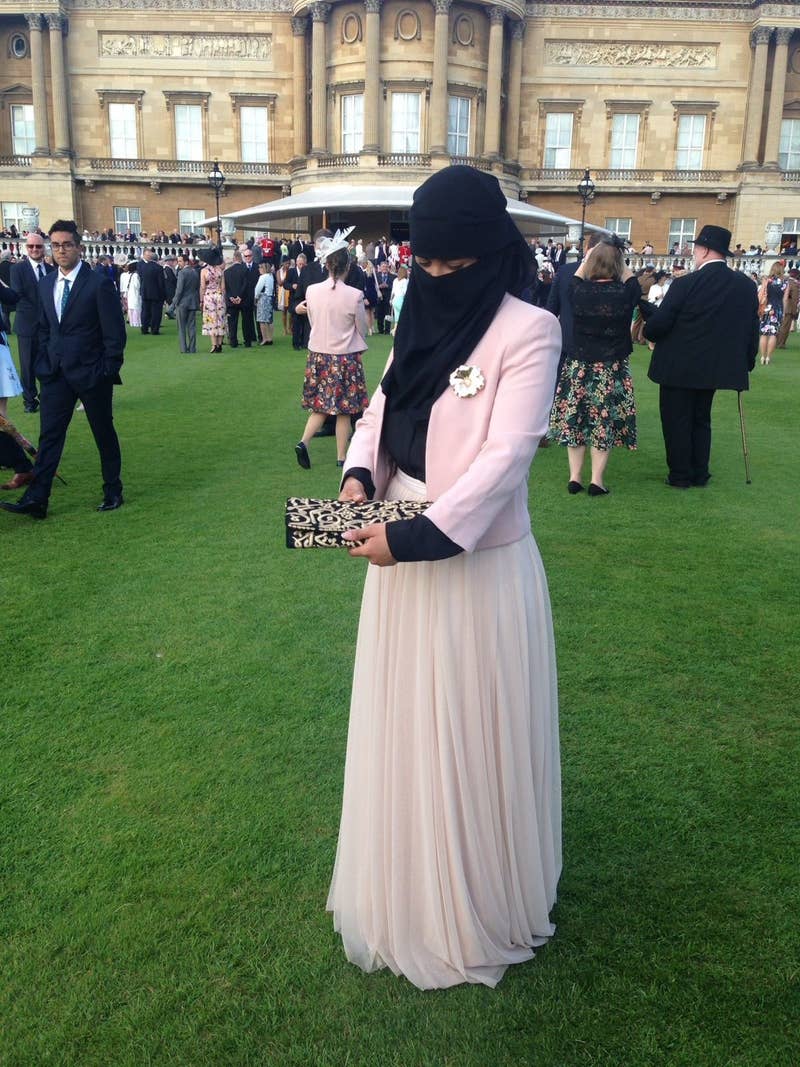 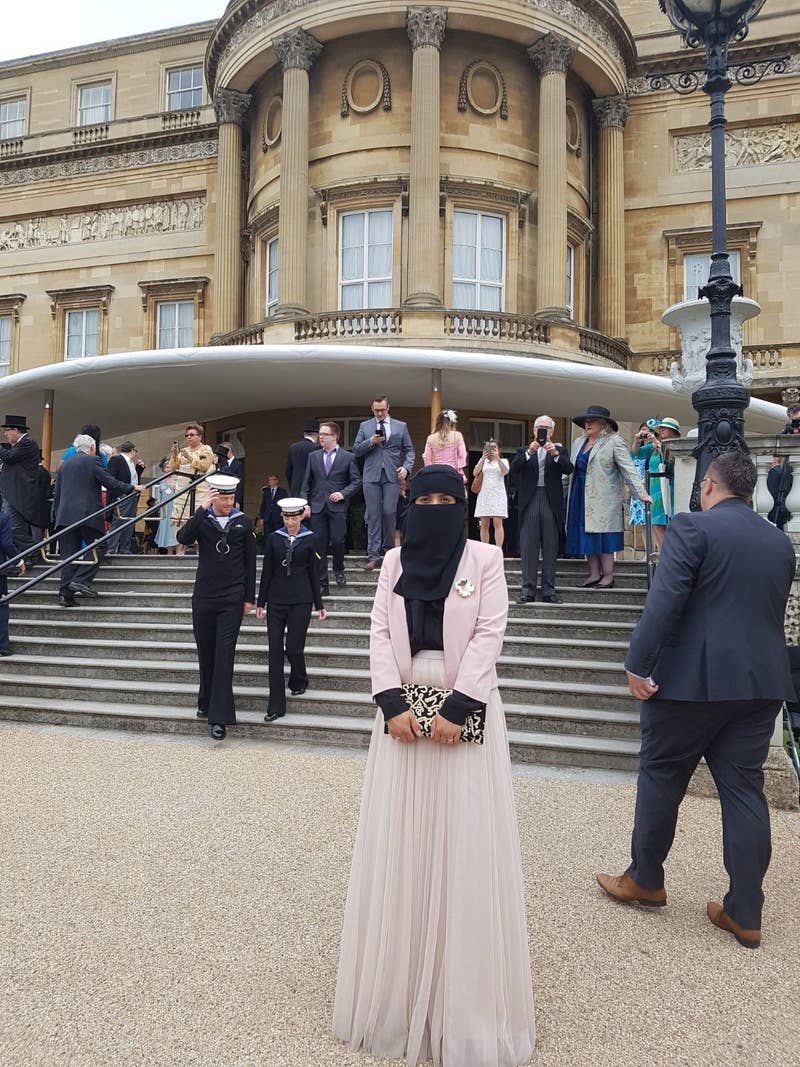 I asked Sahar what it felt like wearing a Niqab whilst attending the Garden Party:

"I think I was the first Niqabi to attend the Queen's Garden party. Before going to the party I was warned that I may feel a little out of place and receive looks after a Hijab-wearing friend of mine had this experience when she had attended. But when I went, I didn't find it awkward at all. I didn't feel that people were looking at me in a different way, maybe it was the classy skirt and the pink outfit. I don't know, but I felt equally welcome and I thoroughly enjoyed it! The only times I felt a little out of place were around the classiness of the guests saying 'Richard, Richard come over here darling' when in my head I was thinking 'like take me back to the ghettos mate.' "

"In fact the most painful thing was having to wear heels for 3 hours, and by the end I said to myself - that's it, I know I'm in the Buckingham Palace but I'm going to have to go barefoot, my feet are killing me." 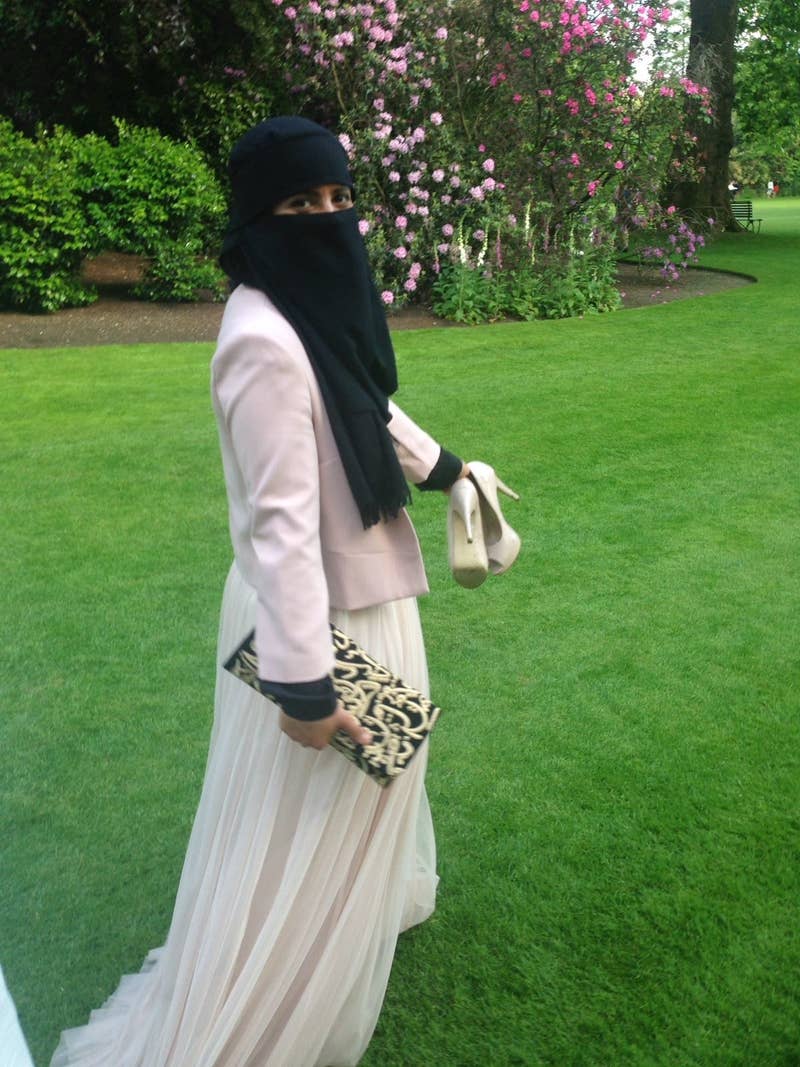 "When I was there I unintentionally bumped into Camilla and it was really nice talking to her, she was really welcoming. I also met a Navy solider from Portsmouth who was recognised for his charitable work and his wife who was expecting twins. As a scientist and community activist, I was surprised to find so much in common with them, we spoke about the elections and found we both hated the same political parties and that my campaigning against racism was admirable."

The Queen's Garden Party fell one day after the Manchester attacks and they held a one minute silence in respect. 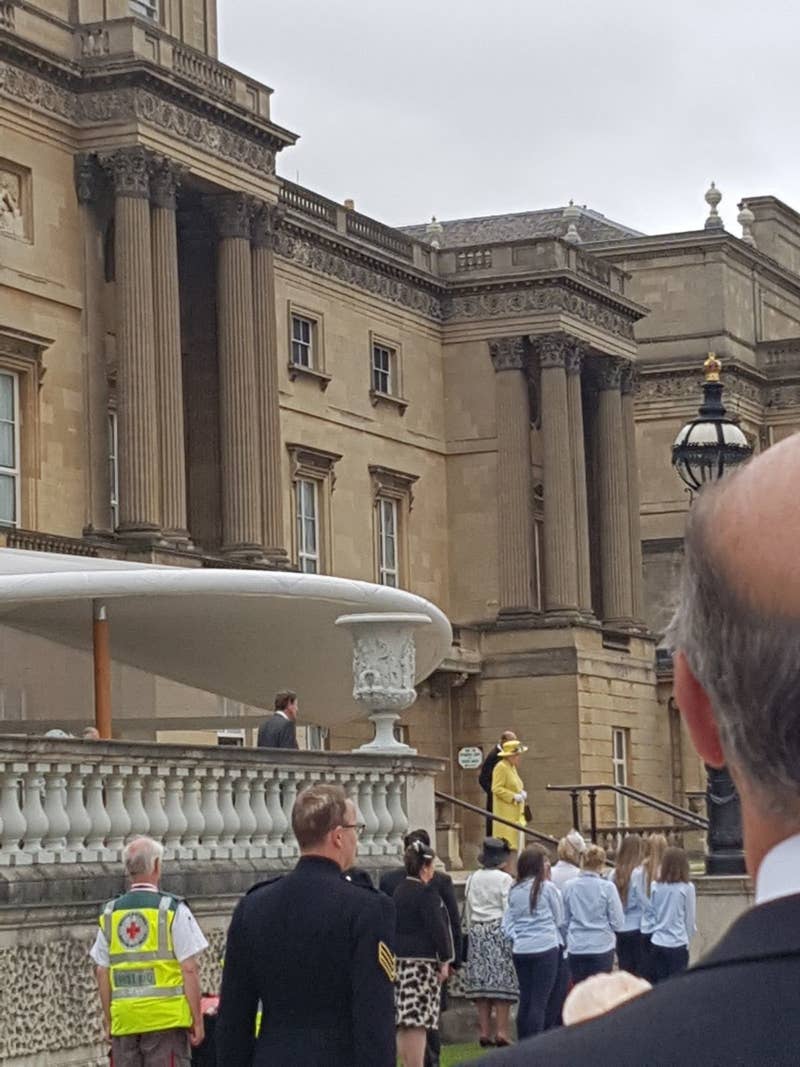